What You Can Put in Your Recycling Bin 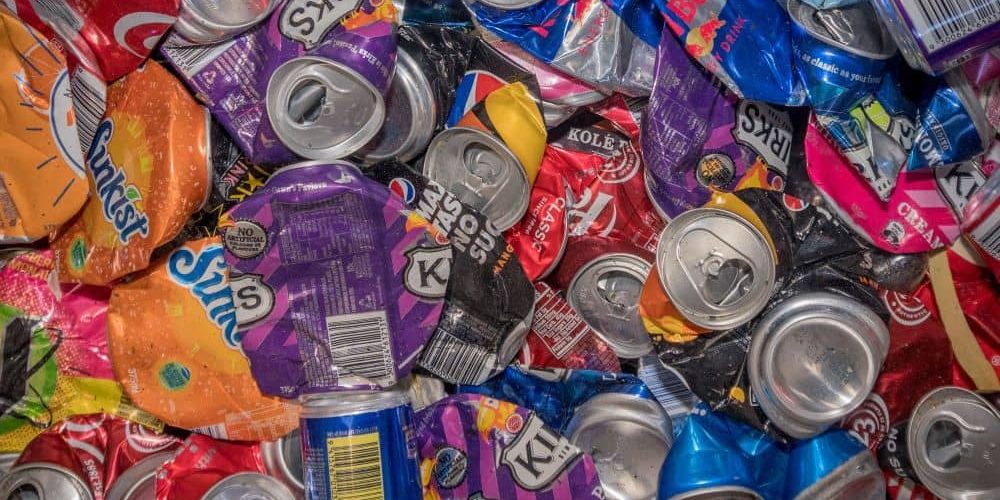 Proper recycling of household and business waste is necessary. And the way Australians manage waste is now changing positively. However, there is still a long way to go. For many people, throwing items in the bin is almost like a reflex. There’s no second thought, just throwing away any rubbish they have in their hands. This habit has to stop. It is a known fact that what people throw can impact the environment. However, most individuals don’t know that their rubbish also affects the economy.

Some items may be considered as waste, but they have value, particularly in terms of resources and energy. It’s time that we all do our part to maximise that value. There are a few things that we can do to help, including recycling. With 74 million tonnes of waste produced every year, it’s unfortunate that the country only recycles 60% of that figure. There’s still a lot of work to do. And you can start by consciously knowing what you can and cannot put in the recycling bin.

Things You Can Throw in the Recycling Bin

Communities have a yellow lid bin where households can throw their waste. Homes also have their recycling bin where they can place the items they want to get rid of. But certain things should not be in the container, whether it is your bin at home or the community.

But first, let’s enumerate the things that you are allowed to put in the recycling bin:

Please bear in mind that there should be no lid when throwing away plastic bottles and containers. Aerosol cans are allowed in Western Australia, but some local councils have stopped accepting these cans. We will discuss this later in the article. Nevertheless, if you’re going to recycle aerosols, make sure that the local council allows recycling of the product. If you can put it in the bin, it should first be emptied before throwing it away.

What You Should NEVER Put in the Bin

Many people are not aware that specific plastic products should never be put in the recycling bin. An example is a plastic lid, which you should throw in your regular bin instead. You’re probably wondering why this is the case when lids are often the same material as the plastic bottles or containers they once belonged with. The reason is that lids are small. Their size is not appropriate for factory sorting machines, so they cannot be picked up.

Lids should also be removed because they stop liquids in bottles or containers from contaminating a load. Although they are not heavy, they do weigh items down, mainly when the recycling facility uses air-powered machines. It is rare but keeping lids can cause explosions. There is a build-up of pressure, which results in the packages breaking and rebounding.

Aside from plastic lids, here are other items that you should never put in the bin, along with other recyclables:

Upon looking at the list above, you may find it confusing when dealing with particular items. For example, plastic containers are allowed to be disposed of and thrown in the recycling bin. However, a type of plastic is not permitted, especially those that you can easily crush. To remind you why it is not allowed, crushable plastic can cause conveyor belts in recycling facilities to malfunction. That means the whole system should be shut down to make sure the plastic is no longer present in that facility.

Some items in the list may surprise you, such as takeaway packaging and paper coffee cups. Many people throw those things away into the bin, even though they do not belong there. They mostly contain wax coatings to keep them intact. As a result, they cannot be recycled. Napkins and paper towels are also unacceptable since they are often contaminated.

It’s also worth noting that some items listed above may be recycled using other means. While they should not be placed in recycling bins, you can find initiatives and companies making recycling more accessible. For example, Collins Recycling is where you can drop off batteries, radiators, and other types of waste. 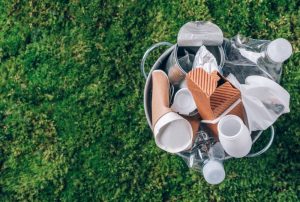 When recycling, you cannot just throw anything into the bin the way you want. Even if you are in a hurry, you need to follow specific rules ensuring that the recycling process will be completed successfully. Here are some of the most common mistakes that homeowners often make, which everyone should stop doing:

The staff that will manage your waste will not have the time to open and sort the items for you. Everything will be discarded completely. Therefore, if you have recyclables, don’t put them in a plastic bag, which will not be sorted and will only be disposed of.

An example is when you bag your food containers and milk bottles in one plastic bag. This is a common practice that should stop. Because they are not sorted, that means these items cannot be recycled correctly.

Recyclables are supposed to be reusable. That means they are not dirty and wet. If you are disposing of a recyclable container, it should be dry and empty without any trace of food. Ensure that you give them a quick rinse to get rid of the oils and other liquids.

But how do you know which recyclable should be cleaned first before throwing? It’s simple. Just follow this rule: if it goes rancid in 24 hours or less, you should remove it. Food from containers will immediately go bad and should not be placed in the recycling bin. Bigger is better, even in recycling. If you cannot decide whether an item should be recycled, measure it with your fist. If it is smaller, you may just want to keep it. These tiny pieces can get lost or fall through sorting machines. As a result, they are not recycled but will end up being classified as waste.

Recycling Boxes in Their Original Form

Are you among those who simply put boxes in a recycling bin without flattening them? It’s time to spend extra time smoothing the boxes. The reason for this is that it simplifies the process for the recycler or the recycling plant. It also prevents blockages that can occur with the machinery. At the same time, it speeds up the sorting process so that the staff of the facility can quickly proceed with the following steps.

Flattening your boxes before sending them to the recycle bin also helps you gain more space for other items for recycling.

Relying on the Product Label as a Recycling Guide

Have you ever looked at the product label, and it says that you can recycle it safely? An example is an aerosol can. As mentioned earlier, you can put aerosol cans in your recycling bin. However, many facilities in WA no longer allow personal aerosol cans because they are a fire hazard. Aerosols are also known for being an explosion risk when handled inefficiently.

Before you toss the can in the bin, ensure that you have checked with your local council to learn the rules. It’s getting difficult to find waste collectors that accept aerosols, including those whose cans say they can be recycled. This refusal to aerosol cans is for the safety of the workers in the recycling facilities as they perform their duties.

Aside from aerosol cans, you should also stop putting barbecue gas and camping gas bottles in the recycling bins. They can explode and cause damage to the facility and harm the workers. It’s also the exact reason why recycling companies do not accept batteries. 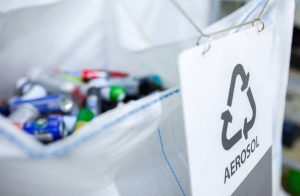 Whenever you are unsure about anything, especially a recyclable or non-recyclable item, always contact your local council. And if you are thinking about working with a recycling facility, ask them about what they accept, as well. While there are general lists of items that you can and cannot put in the bin, local councils and facilities may have their own rules.

If you have items that are not accepted, don’t worry; there are so many creative ways on how you can recycle and reuse them. You can also find drop-off stations where specific recyclables can be placed in a designated bin.

Aside from the tips given above, here are other things that you can do to make recycling easier:

If you have aluminium and steel cans, stainless steel, copper, and other similar waste types, you can make some money. Instead of putting them in your recycling bin, you can take them to Collins Recycling or even have them picked up.

Do you have an old microwave, mobile phone, or a printer cartridge? These items are classified as waste, but you don’t have to throw them into the bin. Recycle them with the help of Collins Recycling. Take these recyclables to us, and we will handle the task for you. Plus, you could get paid for dropping it off at our facility or contacting us for a pickup service.

We know it is a great incentive and can genuinely help with the country’s waste problem. Instead of leaving unused, unwanted, and old items lying around, find time to de-clutter. You never know which ones are recyclable until you sort them out. From scrap metal to batteries that you don’t know what to do with, we’ll take care of them for you. Contact us today if you have any questions.